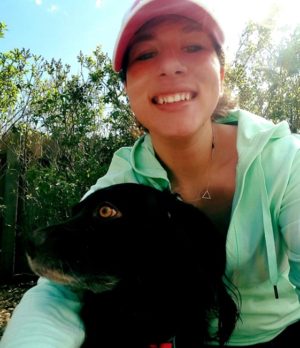 Madison Marie Sorensen was born on September 6, 1991 in Fresno, California. to Rebecca (Sorensen) Mumby, and Ricke Sorensen. She passed away on August 18, 2018 at the age of 26 in Berthoud.

Madison grew up and spent her early years in Clovis, California. before moving to Southern California where she attended Huntington Beach Performing Arts School and excelled in the field of performing arts. Madison graduated with honors before traveling to Liverpool, England where she performed at the infamous Cavern Club. The same club where the Beatles performed in their earliest years.

Madison continued her education by attending Front Range Community College where she was a straight “A” student and adored by her professors. Her academic achievements qualified her for the most prestigious and coveted “President’s List.”

Madison was involved in numerous activities, some of which included the American Sign Language Society and Phi Beta Kappa where she was elected President of her organization. Madison’s passion to help others was the catalyst that fueled her ambition. She was drawn to and volunteered to assist children with special needs, spending many hours tutoring students who would otherwise not have the financial means. Madison was also one of the youth leaders at Celebration Christian Fellowship.

Madison was exceedingly gifted as a singer/song writer, and poet. An extension of her life would have revealed numerous other talents that would have undoubtedly touched and encouraged thousands. She will be loved and remembered for her kind and gentle spirit which blessed those who knew her best.