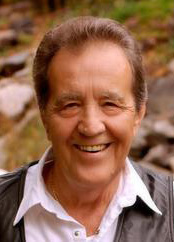 On May 14, 2016 Buddy Steele was called home surrounded by his children and loving wife LaVelle. Buddy was born in Englewood, Colorado on June 15, 1939. He lived in the surrounding areas his entire life. He was the son of Lester and Ruth Steele and the second oldest of seven boys.

In August of 1957 Buddy married Marilyn Smith and from this union they were blessed with three children. They were married forty-one years before Marilyn’s passing in February 1999. Buddy was a proud and lifelong member of the Brotherhood of Boilermakers Local 101. Buddy married LaVelle Spencer in 2000 and welcomed her three children into his life.

Buddy gave of himself wholeheartedly by listening to and doing for his family and friends. He enjoyed going to see the elk, fishing, cooking and making green chili, taking trips, working with his hands including welding, fabrication and yard work. All our lives are better because we had the privilege of knowing Buddy. Buddy left this world a better place because of his kindness and gentle nature.