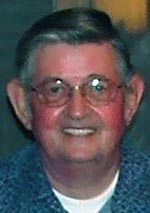 On April 21, 1954 he married Arleen Korcz in Camden, South Carolina. Robert and Arlene lived in Carlisle, Iowa before moving to Berthoud. Robert received his BA in Mathematics from Inter American University in Puerto Rico. He served our country in the U.S. Air Force from 1950 to 1970 For the next two years after he served he worked at Murray and Trettel until starting with the National Weather Service in 1972. Robert enjoyed woodworking and electronics.

He was preceded in death by son Daniel, daughter Shari (Eustice), father Vincent and mother Alice (Peacock) of Chicago, Illinois.

Go to www.viegutfuneralhome.com [2] for condolences.