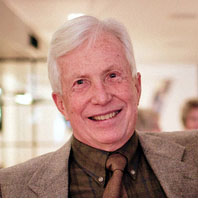 Stephen Gene Hagberg of Berthoud, Colorado passed away on February 21, 2022.

Steve was born on December 2, 1943 in Kansas City, Missouri to Dorothy and Gene Hagberg. He was raised in a loving family with his four siblings.

The family moved to Westminster, Colorado in 1951. Steve graduated from Westminster High School in 1961, and from the University of Colorado in Boulder in 1965 with a degree in Mechanical Engineering. He worked for Martin Marietta in Denver before joining the US Navy in 1968.

Steve married Sandra Cornforth in Denver in January 1973. Their children Stephen and Katherine were born in 1979 and 1982.

After retiring from the Navy, he became a Boeing 747-400 pilot and flight instructor for United Airlines, flying to Asia, Australia and Europe.

He always took a great interest in the places he visited.

Steve was a devoted and loving husband, father, brother, and uncle. His close-knit family of siblings and their spouses loved being together, sharing in laughter and life, and this brought great joy to us all.

Another passion in Steve’s life was his lifelong participation in Drag Racing. He loved the muscle era Dodges and Plymouths, especially the famous Hemi powered versions. He was skilled at restoring the engines for those cars. He last raced in October 2021 in Las Vegas. More than anything, his joy in drag racing came from the many relationships and close friends he made over the years. At the age of 78 his enthusiasm for this was like that of an eight-year-old boy!

He was an active member of the First Presbyterian Church of Berthoud since 1975 and always treasured his ‘church family’.

Throughout Steve’s battle with COVID, the support we have received from these various groups in our lives has been overwhelming and appreciated.

We also must mention the Doctors and Nurses of the Surgical ICU and the Pulmonary Team of the Medical Center of the Rockies. They are true warriors who fight for the lives of their COVID patients with every tool in their arsenal. Words cannot express our appreciation for their care of Steve.

Steve was predeceased by his parents, Gene and Dorothy Hagberg and his brother, Larry Hagberg. He is survived by his wife, Sandra Hagberg, son Stephen Hagberg, daughter Katherine Hagberg Hand and son-in-law, Cale Hand. He is also survived by his brother, Jim Hagberg (Pat), sisters Linda Hunter (Jim) and Vicki LaLone (Ray) and many nieces and nephews.