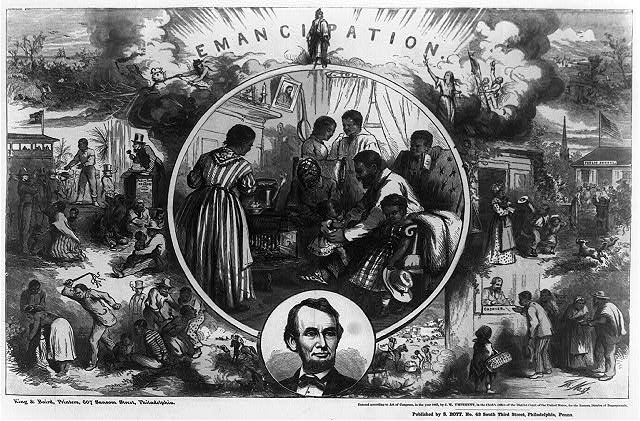 The 13th Amendment is ratified

On this day in 1865, the 13th Amendment to the U.S. Constitution, officially ending the institution of slavery, is ratified. “Neither slavery nor involuntary servitude, except as a punishment for crime whereof the party shall have been duly convicted, shall exist within the United States, or any place subject to their jurisdiction.” With these words, the single greatest change wrought by the Civil War was officially noted in the Constitution.

The ratification came eight months after the end of the war, but it represented the culmination of the struggle against slavery. When the war began, some in the North were against fighting what they saw as a crusade to end slavery. Although many northern Democrats and conservative Republicans were opposed to slavery’s expansion, they were ambivalent about outlawing the institution entirely. The war’s escalation after the First Battle of Bull Run, Virginia, in July 1861 caused many to rethink the role that slavery played in creating the conflict. By 1862, Lincoln realized that it was folly to wage such a bloody war without plans to eliminate slavery. In September 1862, following the Union victory at the Battle of Antietam in Maryland, Lincoln issued the Emancipation Proclamation, declaring that all slaves in territory still in rebellion on January 1, 1863, would be declared forever free. The move was largely symbolic, as it only freed slaves in areas outside of Union control, but it changed the conlfict from a war for the reunification of the states to a war whose objectives included the destruction of slavery.

Lincoln believed that a constitutional amendment was necessary to ensure the end of slavery. In 1864, Congress debated several proposals. Some insisted on including provisions to prevent discrimination against blacks, but the Senate Judiciary Committee provided the eventual language. It borrowed from the Northwest Ordinance of 1787, when slavery was banned from the area north of the Ohio River. The Senate passed the amendment in April 1864.

A Republican victory in the 1864 presidential election would guarantee the success of the amendment. The Republican platform called for the “utter and complete destruction” of slavery, while the Democrats favored restoration of states’ rights, which would include at least the possibility for the states to maintain slavery. Lincoln’s overwhelming victory set in motion the events leading to ratification of the amendment. The House passed the measure in January 1865 and it was sent to the states for ratification. When Georgia ratified it on December 6, 1865, the institution of slavery officially ceased to exist in the United States.