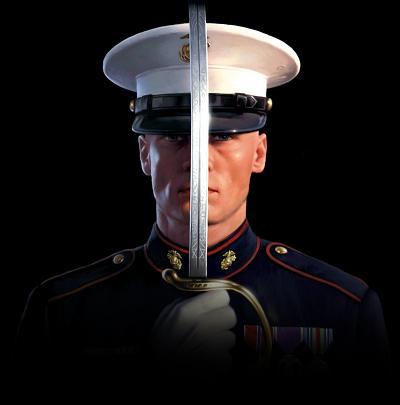 Birth of the U.S. Marine Corps

During the American Revolution, the Continental Congress passes a resolution stating that “two Battalions of Marines be raised” for service as landing forces for the recently formed Continental Navy. The resolution, drafted by future U.S. president John Adams and adopted in Philadelphia, created the Continental Marines and is now observed as the birth date of the United States Marine Corps.

Serving on land and at sea, the original U.S. Marines distinguished themselves in a number of important operations during the Revolutionary War. The first Marine landing on a hostile shore occurred when a force of Marines under Captain Samuel Nicholas captured New Province Island in the Bahamas from the British in March 1776. Nicholas was the first commissioned officer in the Continental Marines and is celebrated as the first Marine commandant. After American independence was achieved in 1783, the Continental Navy was demobilized and its Marines disbanded.

In the next decade, however, increasing conflict at sea with Revolutionary France led the U.S. Congress to establish formally the U.S. Navy in May 1798. Two months later, on July 11, President John Adams signed the bill establishing the U.S. Marine Corps as a permanent military force under the jurisdiction of the Department of Navy. U.S. Marines saw action in the so-called Quasi-War with France and then fought against the Barbary pirates of North Africa during the first years of the 19th century. Since then, Marines have participated in all the wars of the United States and in most cases were the first soldiers to fight. In all, Marines have executed more than 300 landings on foreign shores.

Today, there are more than 200,000 active-duty and reserve Marines, divided into three divisions stationed at Camp Lejeune, North Carolina; Camp Pendleton, California; and Okinawa, Japan. Each division has one or more expeditionary units, ready to launch major operations anywhere in the world on two weeks’ notice. Marines expeditionary units are self-sufficient, with their own tanks, artillery, and air forces. The motto of the service is Semper Fidelis, meaning “Always Faithful” in Latin.

For more on what happened on this day in history, visit History.com [2]

For more reading on current challenges of the Corp in Afghanistan read: U.S. Marine At Battle Of Marja: Who Can Tell The Good Ones From The Bad Ones? [4]