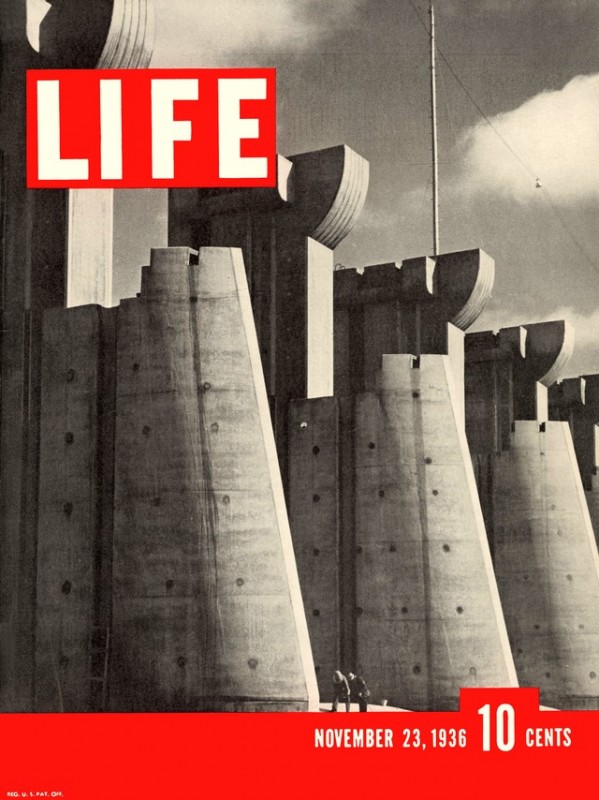 First issue of Life is published

On November 23, 1936, the first issue of the pictorial magazine Life is published, featuring a cover photo of the Fort Peck Dam by Margaret Bourke-White.

Life actually had its start earlier in the 20th century as a different kind of magazine: a weekly humor publication, not unlike today’s The New Yorker in its use of tart cartoons, humorous pieces and cultural reporting. When the original Life folded during the Great Depression, the influential American publisher Henry Luce bought the name and re-launched the magazine as a picture-based periodical on this day in 1936. By this time, Luce had already enjoyed great success as the publisher of Time, a weekly news magazine.

From his high school days, Luce was a newsman, serving with his friend Briton Hadden as managing editors of their school newspaper. This partnership continued through their college years at Yale University, where they acted as chairmen and managing editors of the Yale Daily News, as well as after college, when Luce joined Hadden at The Baltimore News in 1921. It was during this time that Luce and Hadden came up with the idea for Time. When it launched in 1923, it was with the intention of delivering the world’s news through the eyes of the people who made it.

Whereas the original mission of Time was to tell the news, the mission of Life was to show it. In the words of Luce himself, the magazine was meant to provide a way for the American people “to see life; to see the world; to eyewitness great events … to see things thousands of miles away… to see and be amazed; to see and be instructed… to see, and to show…” Luce set the tone of the magazine with Margaret Bourke-White’s stunning cover photograph of the Fort Peck Dam, which has since become an icon of the 1930s and the great public works completed under President Franklin Roosevelt’s New Deal.

Life was an overwhelming success in its first year of publication. Almost overnight, it changed the way people looked at the world by changing the way people could look at the world. Its flourish of images painted vivid pictures in the public mind, capturing the personal and the public, and putting it on display for the world to take in. At its peak, Life had a circulation of over 8 million and it exerted considerable influence on American life in the beginning and middle of the 20th century.

With picture-heavy content as the driving force behind its popularity,the magazine suffered as television became society’s predominant means of communication. Life ceased running as a weekly publication in 1972, when it began losing audience and advertising dollars to television. In 2004, however, it resumed weekly publication as a supplement to U.S. newspapers. At its re-launch, its combined circulation was once again in the millions.

This was not really the first publication of Life Magazine. To find out more about the incarnations of the magazine, click the cover photo at the top of this page.