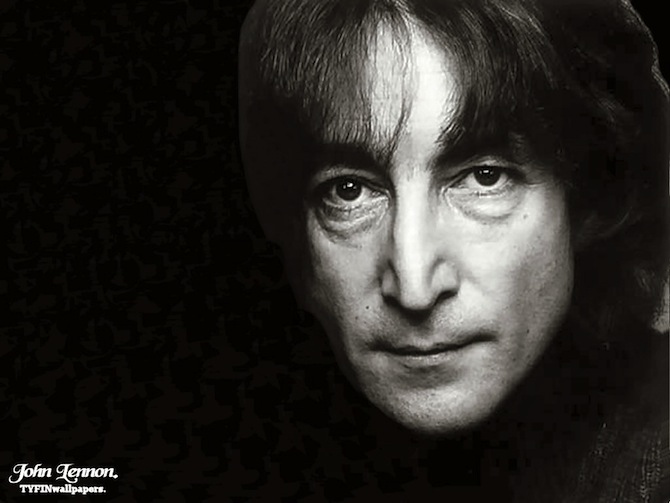 John Lennon, a former member of the Beatles, the rock group that transformed popular music in the 1960s, is shot and killed by an obsessed fan in New York City. The 40-year-old artist was entering his luxury Manhattan apartment building when Mark David Chapman shot him four times at close range with a .38-caliber revolver. Lennon, bleeding profusely, was rushed to the hospital but died en route. Chapman had received an autograph from Lennon earlier in the day and voluntarily remained at the scene of the shooting until he was arrested by police. For a week, hundreds of bereaved fans kept a vigil outside the Dakota–Lennon’s apartment building–and demonstrations of mourning were held around the world.

John Lennon was one half of the singing-songwriting team that made the Beatles the most popular musical group of the 20th century. The other band leader was Paul McCartney, but the rest of the quartet–George Harrison and Ringo Starr–sometimes penned and sang their own songs as well. Hailing from Liverpool, England, and influenced by early American rock and roll, the Beatles took Britain by storm in 1963 with the single “Please Please Me.” “Beatlemania” spread to the United States in 1964 with the release of “I Want to Hold Your Hand,” followed by a sensational U.S. tour. With youth poised to break away from the culturally rigid landscape of the 1950s, the “Fab Four,” with their exuberant music and good-natured rebellion, were the perfect catalyst for the shift.

The Beatles sold millions of records and starred in hit movies such as A Hard Day’s Night (1964). Their live performances were near riots, with teenage girls screaming and fainting as their boyfriends nodded along to the catchy pop songs. In 1966, the Beatles gave up touring to concentrate on their innovative studio recordings, such as 1967’s Sgt. Pepper’s Lonely Heart’s Club Band, a psychedelic concept album that is regarded as a masterpiece of popular music. The Beatles’ music remained relevant to youth throughout the great cultural shifts of the 1960s, and critics of all ages acknowledged the songwriting genius of the Lennon-McCartney team.

Lennon was considered the intellectual Beatle and certainly was the most outspoken of the four. He caused a major controversy in 1966 when he declared that the Beatles were “more popular than Jesus,” prompting mass burnings of Beatles’ records in the American Bible Belt. He later became an anti-war activist and flirted with communism in the lyrics of solo hits like “Imagine,” recorded after the Beatles disbanded in 1970. In 1975, Lennon dropped out of the music business to spend more time with his Japanese-born wife, Yoko Ono, and their son, Sean. In 1980, he made a comeback with Double-Fantasy, a critically acclaimed album that celebrated his love for Yoko and featured songs written by her.

On December 8, 1980, their peaceful domestic life on New York’s Upper West Side was shattered by 25-year-old Mark David Chapman. Psychiatrists deemed Chapman a borderline psychotic. He was instructed to plead insanity, but instead he pleaded guilty to murder. He was sentenced to 20 years to life. In 2000, New York State prison officials denied Chapman a parole hearing, telling him that his “vicious and violent act was apparently fueled by your need to be acknowledged.” He remains behind bars at Attica Prison in New York State.

John Lennon is memorialized in “Strawberry Fields,” a section of Central Park across the street from the Dakota that Yoko Ono landscaped in honor of her husband.

For more about him visit johnlennon.com [1]