[1]Maureen Taylor describes herself as a photo detective. Those of us who have read her book, “The Last Muster,” think of her as a modern-day dream weaver.

In “The Last Muster,” Taylor has accomplished something that most of us hadn’t thought possible — a record of photographs and personal accounts of those who actually participated in the Revolutionary War.

Readers may be forgiven for being somewhat skeptical upon first hearing of a collection of Revolutionary War photographs. How is that possible since photography as we know it wasn’t even invented until the mid-1820s?

Taylor enjoys answering that question by pointing out that while the participants couldn’t have been photographed during the Revolutionary War, many of them survived beyond the war and into the era of the daguerreotype and photography. Through her persistence, Taylor has allowed us to participate in the history of the Revolutionary War in a way not experienced during our school studies. 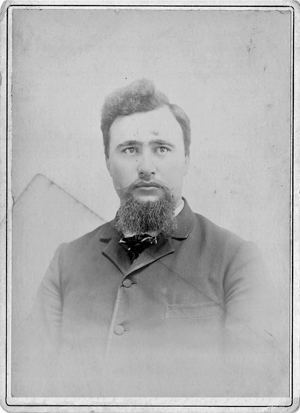 [2]
Quiz-Did this man serve in the Revolutionary War?

The author is as fascinating as her book. When she says that she has a long genealogical background, she is not exaggerating. She began researching her family background when she was only nine years old. She maintained her interest from that young age. “At a conference, the speaker pulled out a daguerreotype and it was like hearing tumblers in my head,” Taylor related.

Taylor went on to do her Masters thesis on women who left their husbands in the 18th century. She discovered stories of women and their lives during the 1700s that were as revealing about their lives and times as they were fascinating. She has worked as a photo researcher in many capacities and was a research librarian at the Rhode Island Reference Society before launching her own business as a photo detective.

In “The Last Muster,” Taylor has seemed to open a window for us into the lives and times of those who personally experienced the Revolutionary War. An explanation or story complements each of the 70 photos. “The information was often written by themselves in pension applications. It is so much more powerful that way,” Taylor explained.

It is unusual to describe a photo compilation as a page turner, but “The Last Muster” is just that. The book unfolds like a mystery while the reader is eager to learn about the next person whose aged face tells its own story separate from the printed words on the facing page.

The famous and not-so-famous are featured on the pages of what reads like a diary of the Revolution. Esther Damon is accepted to be the “Last Widow of the Revolution.” When she was 21, she married 75-year-old Noah Damon. Her grandfather had fought in the same revolution as her new husband. Her husband had served at the Battle of Lexington and Concord and then was drafted a year later to serve with Gen. George Washington.

Speaking of George Washington, many of the people featured in “The Last Muster,” knew the general and had comments on his character and quiet demeanor. George Washington Parke Custis was Martha Washington’s grandson and was adopted by George Washington and Martha after her son by her first marriage died of swamp fever and left his four children fatherless.

There is so much history woven though the lives of those people featured in this book. Dr. Ezra Green lived to be 101 years old and told a bit of his history in his 1832 pension application. He told of joining Benedict Arnold in Montreal after being at Albany and Ticonderoga. After his military discharge, Dr. Green served as ship’s surgeon on John Paul Jones’s ship, the Ranger. He was later the first postmaster of Dover, N.H.

History of the Revolutionary War feels so much more pertinent when told through the words of those people featured in “The Last Muster.” It is easy to understand how excited Taylor must have been to see the actual handwriting of such characters when she researched their military service and their diaries. It was, of course, necessary to receive permission to publish stories and photos from every survivor of those featured in the book

“This has truly been a labor of love. Nothing about this project was easy,” Taylor commented on the many years of research and paperwork involved with the book. Readers of “The Last Muster” are thankful for her perseverance in presenting a wonderful first-hand glimpse into the lives of those who lived during the Revolutionary War.

Taylor lives and works near Boston, Mass. As a part of her photo research business, she receives photos from clients and then is usually able to identify the subject of the photo and when and where the photo was taken. She can be contacted through her Web site at maureentaylor.com where you can also subscribe to her newsletter.