With he fair only a couple of days away, the Ranch still looks barren, but plenty is going on behind the scenes.

The carnival area is just in the beginning stages, but it won’t take the carnival workers long to set up.

Meanwhile, the 4-H kids have been br

inging their exhibits in for judging and display setup.

Many of the animal activities take place before the official opening. 4-H dog and cat programs have finished and the equine events finish up on Wednesday so the horses can go home and make room for the cattle. 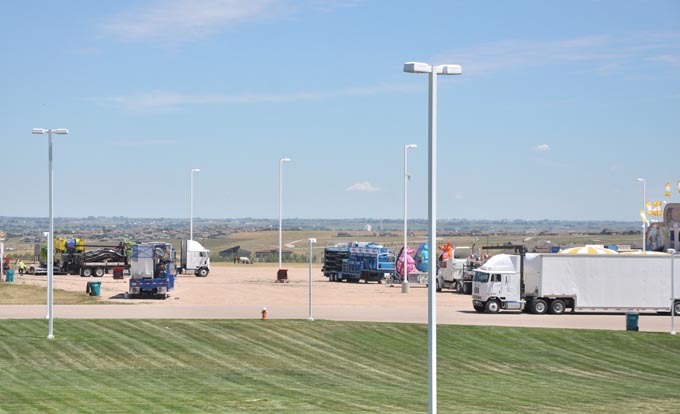 [1]
The midway is still pretty sparse on Tuesday morning. 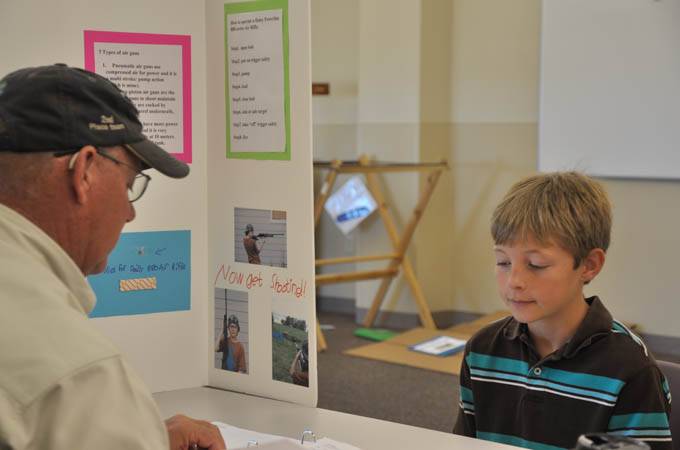 [2]
Mathew Mesikapp has his interview with the judge for his Shooting Sports exhibit. 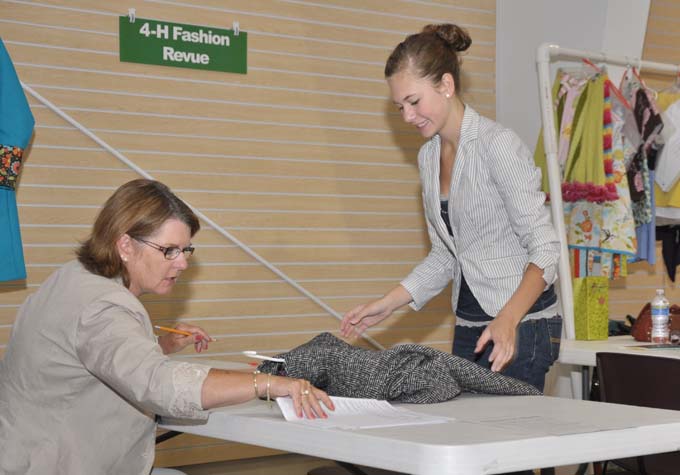 [3]
Judge Dianne Pollock looks over Katie Kouns second entry of the day. Kouns said she wanted a woll dress coat so she made this one. The unique collar is part of the body of the coat instead of being a separate piece. "I'm not going to do one of those again," said Kouns. "I thought it would be easier, but it was hard to do." 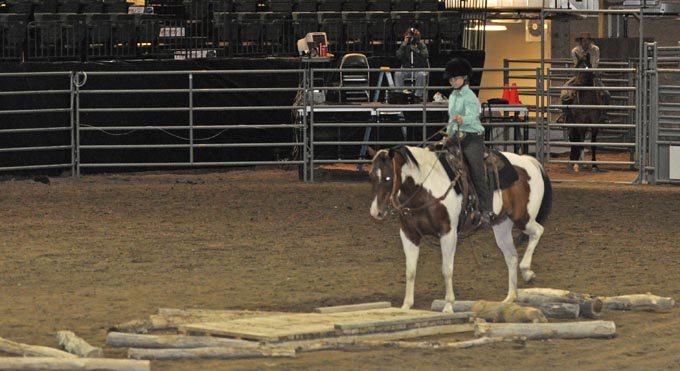 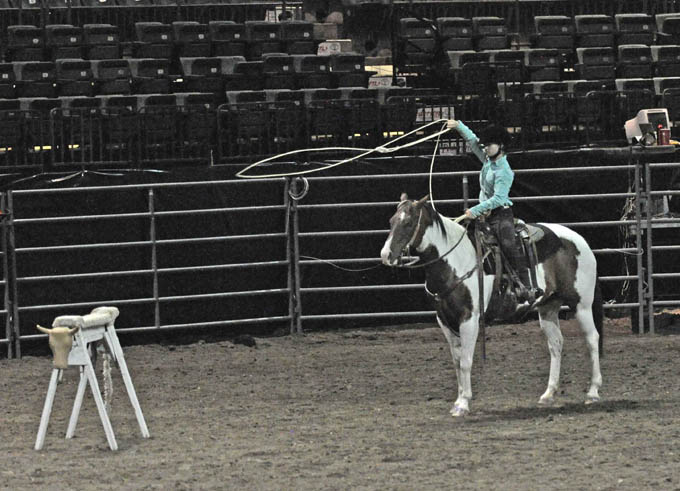 [5]
Savanna Seat had a little difficulty with the rope. "I haven't practiced enough with this rope," she said. Still, she took first place in her class.

[6]
The second Ranch Horse event was spitting one calf out of the herd. Savanna managed to get #5 to the other end of the arena and placed third in her class.