Gymnastics Colorado State Championships for Levels 8, 9 and 10 were held March 16 and 17 at Bear Creek High School in Lakewood. Jet Gymnastics for Kids was the host. Premier Gymnastics of the Rockies made a great showing in all levels. The Level 8 Junior Team consisting of Tatum Graham, Kairey Vela, Sidney Strizki and Jaxi Melby placed sixth. The Level 8 Senior Team; Morgan Adams, Alyssa Strong and Aryn Achambeau, placed eighth while the Level 8 Team combined, placed seventh out of 27 teams.

Both Holst and Holley qualified for Level 10 Regionals in Wichita, Kansas on April 12-14, 2013. They will represent Colorado in Region 3 and hope to advance to Junior Olympic Nationals, held in St. Paul, Minnesota on May 10-12.

In the Senior A and BA Division, Rachel Rost placed 11th on Bars.

The following gymnasts qualified for Level 8 Regionals in Norman, Oklahoma, to be held April 20-21. They will represent Colorado in Region 3:

Missing from photos is Sidney Strizki 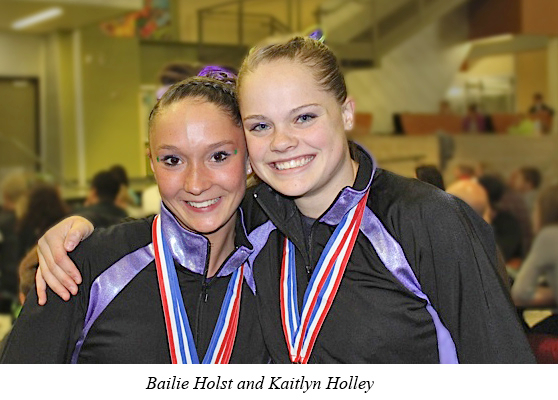 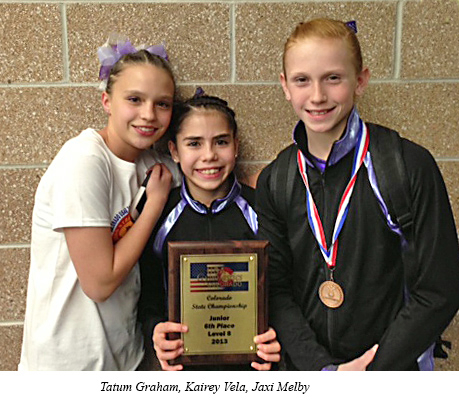 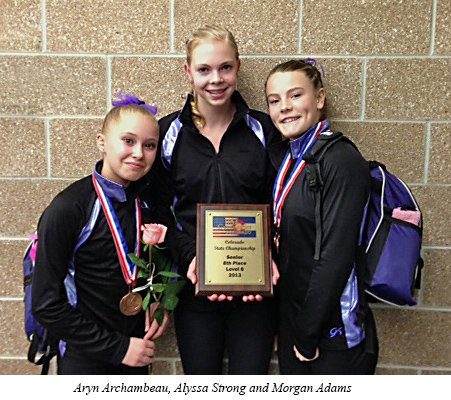 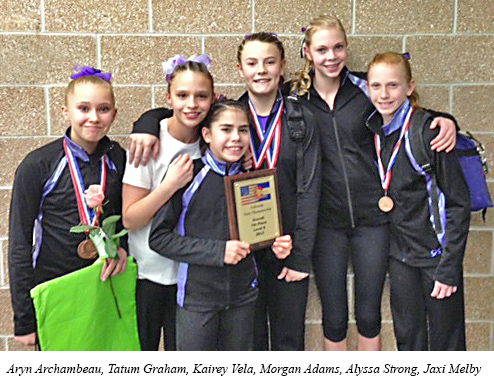 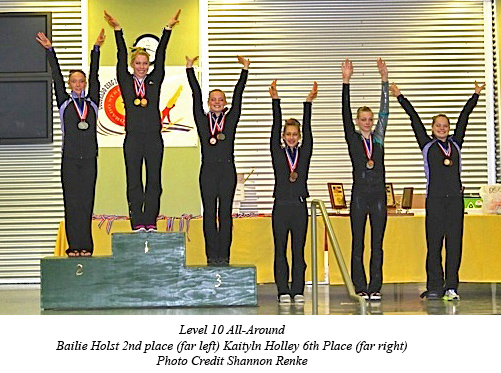