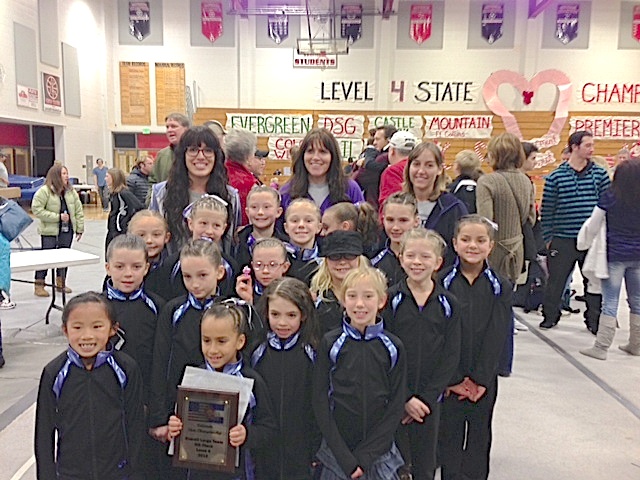 Premier Gymnastics of the Rockies hosted the Large Team, Level 4 Colorado State Championships this weekend. The local team Placed fifth out of 14 teams.

Top 10 Finishers in the All-Around:

In Session 2: Junior A Division, Southard Placed fifth on Vault, Bars and Beam and ninth on Floor. Thompson was Bars Champion with a Score of 9.250, Placed fourth on Floor and sixth on Vault.