Unemployment Rate Would be 7.1 Percent Without Government Cuts
March 11th, 2013

[2]One of the biggest Republican myths of the last four years is that the government has been exploding in size. The truth is that federal, state and local governments have cut more than 750,000 [2] jobs since June of 2009.

If those jobs hadn’t been lost, the unemployment rate would now be 7.1 percent, according to the Labor Department.

The total number of people employed by the government is down 950,000 since the recovery began in June of 2009. This number will only get worse as the federal government, with the sequester cuts, joins in on the austerity that’s being implemented on state and local levels, where budgets must be balanced by law.

While the president did sign into law the one-time spending burst of the stimulus, most of the deficit is directly accountable to policies began under George W. Bush. 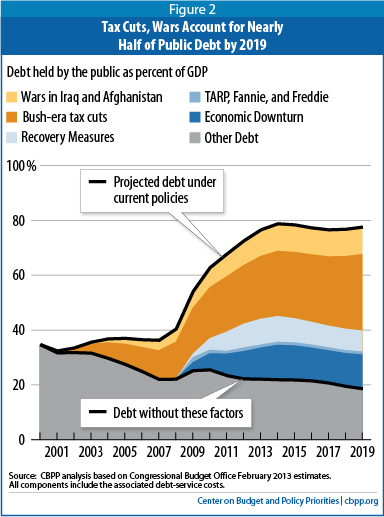 Economist Mark Thoma [3] put together this chart that compares President Obama’s spending to that of his predecessors.

Obama’s growth in spending is so low that The Atlantic’s Derek Thompson [4] asked if he was “the most fiscally conservative president in history.”

One can only wonder what the unemployment rate would be if Obama grew the government the way Ronald Reagan and George W. Bush did.