For Republicans, a Homeless 11-Year-Old Black Girl Named Dasani is a “Useless Eater” That Should Die [1] 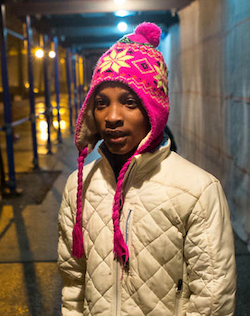 Al Sharpton did some great work on Monday’s PoliticsNation [5] where he further exposed the politics of cruelty that have possessed the Republican Party.

Republicans want to cut food stamps, believe that kicking people off of unemployment insurance who cannot find a job in an economy where there are 3 people for every available position, and that a particularly evil and twisted version of “Christian faith” justifies punishing and hurting poor people as righteous deeds and acts that mark conservatives as the elect who are destined for heaven.

I am not a “Christian”. But my understanding of the “historical” Jesus was that he was a man who died fighting State tyranny and would do anything to help the poor, the weak, and the vulnerable. The Tea Party GOP’s bastardization of Jesus Christ remakes him into a figure who puts his foot on the throats of the hungry, weak, the vulnerable, and the needy, in order to motivate them into self-sufficiency–or alternatively die from a lack of breath.

For the Tea Party GOP, either outcome is acceptable.

The panoply of Right-wing hypocrites that Al Sharpton calls out, what is a rogues gallery of the cruel and the heartless, are wealthy people who have not taken to heart basic principles such as how noblesse oblige [6] may actually create the social stability necessary to protect the rich while advancing their long-term interests.

I wrote about how the Tea Party GOP wants to kill the “useless eaters” [7] here. I was also fortunate to do an interview on Right of Fire Radio [8] where I explained my argument in more detail.