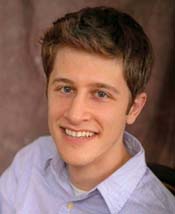 The 2012 Republican National Convention was a bizarre combination of misleading and deceptive speeches, poorly scripted and produced media, and a wholly ineffective public relations campaign around Mitt Romney, the Republican candidate for President who doesn’t really seem to have too many people on the American right-wing excited. As Newt Gingrich said, he doesn’t PARTICULARLY dislike Mitt Romney. This seems to be true of many Republicans, who certainly prefer President Obama leave the White House no matter who replaces him, but don’t have any particular interest in Mitt Romney being Obama’s replacement, as long as Obama is gone. Some of the highlights – or should I be calling them lowlights? – of the RNC included Ann Romney’s odd speech, which started with a disclaimer that she wouldn’t be talking about politics or parties, and was followed by a speech that exclusively referred to partisan political issues in the context of a two-party political system. While the entire suite of keynote speeches at the RNC was reminiscent of Orwell’s Doublespeak, Ann Romney’s speech included some true gems that would have made Mr. Charrington proud.

Mitt’s wife of over 40 years admitted that women have to work a little bit harder than men. The obvious question for me was, “then why doesn’t your husband think women should earn as much as men?” given his lack of support for the Lilly Ledbetter Fair Pay Act. Ms. Romney continued that Mitt “built it,” parroting a recurring theme at the RNC. Whatever he built, it happened to be on the back of outsourcing labor to China and countless Americans losing their jobs through profitable-for-Mitt bankruptcies under Bain Capital, and the interest Mitt earned by storing his cash in European and Caribbean banks.

The next night came Paul Ryan, Mitt’s Republican Vice-Presidential nominee, launching into what non-partisan fact checkers confirmed as one of the most lie-riddled speeches in recent history. Ryan, saying that a Romney/Ryan ticket would launch the US out of a jobs crisis and into prosperity, seemed to ignore the black and white numbers showing that over the last 80 or so years, Democratic Presidents have presided over many millions of additional new jobs than Republicans during fewer years of governance.

Then, Ryan entered into the predictable, tired right-wing arguments against the Affordable Care Act, also known as Obamacare, insisting that the reforms reduce freedom, and harping once again on repealing the entire bill. This portion of Ryan’s speech reminded me of a sore loser on an elementary school basketball court, just not able to access the reality that the 30+ attempts to repeal Obamacare in the Republican-controlled House of Representatives went nowhere, that the Supreme Court upheld the entire bill, and that millions of additional Americans will obtain healthcare over the next few years.

The final night saw the convention-closing speech from the candidate, Mitt Romney. Before getting to Mitt Romney, conservative actor and director Clint Eastwood went through a painful, too-long, poorly-planned, sadly-delivered routine where he had a “conversation” with an empty chair meant to represent the “absent” President Obama. What started off as a failed attempt at humor ended up with me feeling sorry for Mr. Eastwood for the rambling lack of coherence that he exhibited. The strongest point that Mr. Eastwood was able to make was one he didn’t intend to. Eastwood’s “scolding” of a President Obama who wasn’t there is a microcosm of what the Republican Party has been doing since Obama took office, scolding him for things that either never happened or had nothing to do with anything President Obama did – truly sad to see that point delivered by an actor that, prior to his disastrous attempt at politics on Thursday, many more people respected within his field.

Eventually, Mitt Romney spoke. Not only was the speech disappointing in terms of the content and lack of real progressive ideas – progressive in the sense of advancement, not politics – it was also disappointing in its delivery, Romney appearing both distracted and sometimes confused by the words he was reading from the teleprompter. It was likely a combination of nerves and a speech that was a bit too long, which he tried to shorten by reading faster. If there was really anything notable, unusual, out of the ordinary, or unexpected in Romney’s speech, I would detail it – sadly, it was 100% as expected.

What will happen in November? Next month I’ll look at election prediction systems that go beyond polls, all claiming to have found an authentic, fail-safe way of knowing in advance who will win the Presidential election, all claiming to be retroactively accurate close to 100% of the time. Interestingly enough, some of these systems are now conflicting on the November predictions, which means for the “first time,” at least one of these systems will have to be wrong.

David Pakman, host of the internationally syndicated political talk radio and television program, “The David Pakman Show,” writes a monthly column. He can be reached at www.davidpakman.com.