A Commentary By Froma Harrop

What Mitt Romney truly believes is anybody’s guess. Whether Romney as president would act on those beliefs is also a guess. And we can’t rule out the possibility that he doesn’t have any beliefs outside of religion and investment strategies. Why he’s running for president remains unclear, though commander in chief looks impressive on a nametag. 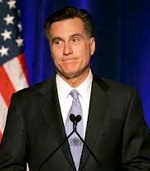 Hey, anyone who likes having to pay for things, raise your hand. Anyone? Next, you who don’t like writing checks but agree that we should pay for what we buy, raise your hand. That’s better — a respectable showing by responsible citizens. Not in attendance is the Republican base, whose fiscal fantasies Romney courted to win the nomination, and now he’s stuck with these pre-existing positions. As Romney tries to win over the more realistic general electorate, he finds himself defending past nonsense. It pained me to watch him squirm at a question about his ridiculous vow to reject $10 of spending cuts if it included just $1 of new revenues.