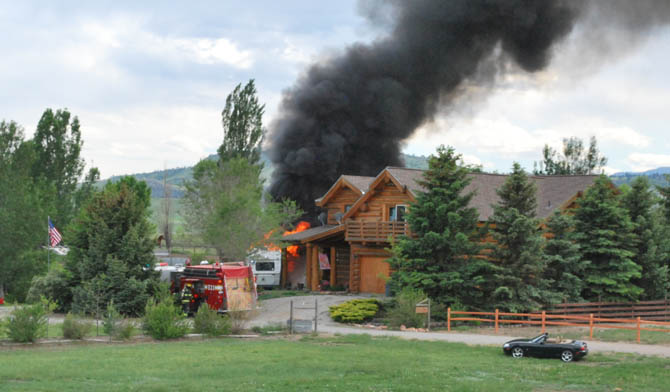 In this view from County Road 4 the flames and heavy black smoke are evident and the RV appears to be quite near the house.

Shortly after 5 p.m. on May 31, Berthoud fire responded to 4529 West County Road 4 where they found a motor home with the front engulfed in flames. The motor home was parked in the vicinity of the log home but the crew from Station #2 managed to keep the fire contained. However, It was not until another unit arrived from Station #1 to assist that fire fighters were able to extinguish the flames. There were apparently no injuries as the Thompson Valley Emergency Medical Service Para-medics remained on stand-by.

It appears that the motor home sustained substantial damage.

This is not the first time the fire crews have been at this location. The log home on the site was built in 1999 after the existing home on the property was destroyed by fire. The property to the north was the scene of a large grass fire several years ago. 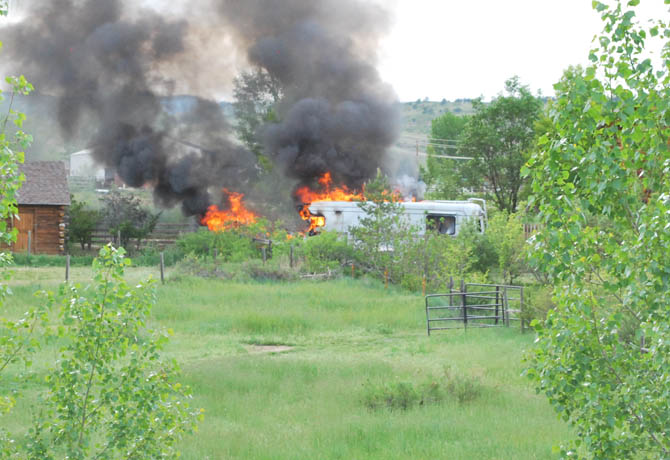 Fire fighters from station #2 spray water on the motorhome. The fire does not appear as close to the house in this view from County Road 23E. 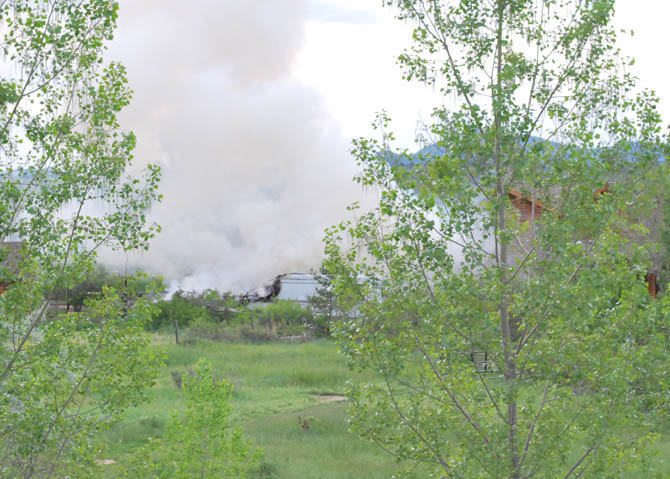 With the help of fire fighters from station #1, crews extinguished the flames leaving dense white smoke.