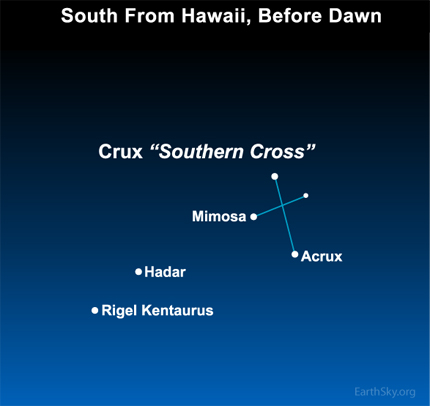 Rigel Kentaurus is more commonly known as the alpha star in the constellation Centaurus. This famous triple star, Alpha Centauri [6], is the nearest star to our sun at a little more than four light-years [7] away!

This U.S. Naval Observatory page [8] tells you the rise/set times for the stars Mimosa, Hadar and Rigel Kentaurus.

What is the bright object up before dawn in December? [9]