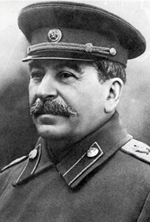 [3]Rick Santorum and the rest of GOP presidential gang all have a man-crush. Considering he was an outright intellectual elitist, a shaggy-haired liberal, and — horror of horrors — French, the object of their adoration seems a bit surprising, but the French aristocrat Alexis de Tocqueville and his 1835 United States travelogue, Democracy in America, have surged into national politics this campaign cycle — often linked to the nascent expression “American exceptionalism.”
Across the nation, from Plano, Texas, to Keene, N.H., Santorum has brandished Tocqueville, lecturing on how America got revolution right while France didn’t. Last year Gingrich published A Country Like No Other: Why American Exceptionalism Matters, a book overflowing with praise for the Parisian writer. Going further still, the former speaker narrated a 2011 documentary called City Upon a Hill, which is produced by Citizens United (yes, that Citizens United). If you guessed that it leads with Tocqueville, you’re right.
The trailer opens like something out of Lord of the Rings: inspirational music, horses galloping through verdant terrain, and the soothing voice of the biggest hobbit of them all — Gingrich. “During his travels in 1831, French writer Alexis de Tocqueville observed that America was an exceptional nation with a special role to play in human history,” he intones. “American exceptionalism has been at the center of our nation’s experience for nearly 400 years.”
There’s only one problem with that: It’s not strictly true. .. Read More [2]

The Myth of American Exceptionalism [5]

The term “American exceptionalism” has been invoked by Mitt Romney, Mike Pence, Newt Gingrich, Rick Santorum, Mike Huckabee and, of course, Sarah Palin. I would throw in Michele Bachmann, since if she has not said it yet, she soon will because she says almost anything. She is no exception to the cult of American exceptionalism.

The phrase has an odd history. As Princeton history professor Sean Wilentz reminds me, American exceptionalism once applied to the hostility that the American worker — virtually alone in the industrialized world — had toward socialism. Now, though, it is infused with religious meaning, … Read More [5]