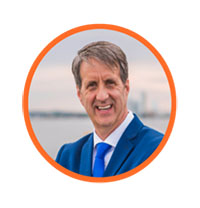 This Memorial Day one way to honor the memory of those who fought for our country is to bring attention to the struggles of our current veterans. It’s not hard to imagine how military duty can lead to mental health issues, but what many don’t realize or fully appreciate is the crisis that veteran suicides have become. The annual number of Veteran suicide deaths has exceeded 6,000 each year since 2008. Something that’s only now beginning to be understood is the strong link between substance abuse and suicide. Once viewed as different pathologies, the two mental health issues are strongly connected and plague a disproportionate number of veterans.

Brown University reported that since 9/11, there have been four times as many deaths by suicide [1] among active-duty personnel and veterans than casualties in war operations. An estimated 7,057 service members have died during military operations since September 11th, 2001, while suicides among active-duty personnel and veterans of those conflicts have reached 30,177.

Sadly, this puts into perspective the massive toll that military service can take on a person and their mental health. The entity designed to protect us from threats, the US military, sees far more casualties from suicides than all the American lives lost in the combined war threats we’ve faced over the last decade. And that is a problem.

According to the 2019 National Veteran Suicide Prevention Annual Report [2], which the VA conducted, the suicide rate for veterans is 1.5 times the rate of non-veteran adults. The report also revealed that veterans comprise 13.5% of all adult deaths by suicide in the US but only make up 7.9% of the US adult population.

Suicide is a complex issue, with no single cause or easy solution. But we do know that a strong link [3] exists between suicide and substance abuse, because veterans who have drug or alcohol problems are more than twice as likely to die by suicide than those who don’t. And female veterans with substance abuse disorders have an even higher rate of suicide, more than five times that of their peers.

The type of substance seems to be a factor, also. Among veterans, those who abuse sedatives, and opioids have the highest risk of suicide. This finding comes from one of the largest studies of substance use disorder and suicide that involved more than 4.4 million veterans.

People often reach for substances to self-medicate, so it is no surprise that veterans who are struggling with other mental health issues will often turn to drugs and alcohol to cope. Suicidal ideation can closely resemble this pattern since the suicidal person is often similarly desperate to escape an unbearable existence. Perhaps this explains the correlation between the two issues.

Even among those who do not serve, the correlation between substance abuse and suicide is visible. According to Addicted.org, half of all suicides in the US are tied to substance dependence [4]. And among the population that abuses substances, one in four people commit suicide.

But regardless of why the link exists, twenty veterans die each day from suicide in the US, a much higher rate than in the general population. And with the drug epidemic at its worst point ever, there’s genuine concern that suicide could become an even bigger issue for veterans in the future.

Thankfully, however, simply understanding that this link exists gives us one more tool to help those who need it. Treating substance abuse may indirectly reduce the risk of suicide among people with comorbid mental health issues. And while doing such may not address the issue of suicide completely or long-term, it could save a life and give the person long enough to have another chance.

These new findings illustrate a need to focus more veteran suicide-prevention efforts on those with substance abuse disorders, particularly when other concurrent mental health issues are present. It’s no longer enough to know there’s a problem. We need to start tackling the issue of veteran suicide with the only tools we have.

Many veterans have sacrificed their lives to protect our country. And of those who haven’t, many have given their sanity. This Memorial Day let’s not forget about our veterans. We can still save many of them and may even prevent suicides by helping them overcome addiction.

Marcel Gemme is Drug and Alcohol Treatment Specialist, DATS, that has been helping people struggling with substance abuse for over 20 years. His primary focus is threefold: education, prevention, and rehabilitation.