Wasted Blood and Treasure: The Futility of Invading Afghanistan [2]

Every single war in Afghanistan, whether waged by the Soviets, the British or the Americans, has wreaked havoc on the country .
OpenDemocracy [3] / By Rodric Braithwaite [4] 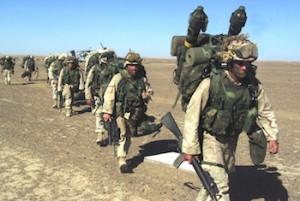 On 16 December 2013 David Cameron, the British Prime Minister, told British soldiers in Helmand in Afghanistan that they had accomplished their mission, and that they could come home in 2014 with their heads held high.

He begged an important question: What was that mission? Was it the same as the mission with which the Americans and their allies had entered Afghanistan in October 2001? Or the mission with which the British had gone into Helmand in 2006? Or was it a face-saving reformulation, designed to demonstrate that the blood and treasure expended in Afghanistan over thirteen years had not been spent in vain?

It is a mistake to draw historical parallels too closely, or to seek unambiguous lessons. But looking at the past can clarify the present, even if it offers no secure guide for the future.

The British invasions of Afghanistan in the nineteenth century, the Soviet invasion in 1979, and the American led invasion of 2001, all have one thing in common. By a narrow definition, all the armies won their wars, though the British suffered some humiliating defeats on the battlefield. But neither the British, nor the Russians, nor the Americans achieved, at least through military means, the objectives they had set themselves. All scaled their ambitions down to aims that they could probably have achieved earlier and at less cost. All seriously damaged their own prestige. And all wreaked havoc on the country they claimed to have come to help.

A good deal of myth surrounds the three Anglo-Afghan wars (1839-1842, 1878-1880, and 1919). The first two ended with British armies defeating the Afghan armies in the field and burning down Kabul. The third ended when the British drove an invading Afghan army out of India. The aim of the first two wars was to ensure British control over Afghan foreign policy, above all to prevent the Russians getting a menacing foothold on the border of the Indian empire.

Among British policymakers there were two schools of thought. One held that success could only be achieved by reducing Afghanistan to a protectorate under a British puppet, as the British had already done in so many parts of India. The other held that it would be enough to secure Afghan cooperation through diplomacy, subsidies, and the occasional threat of military action. The ‘forward policy’ proved unsustainable: the Afghans made life intolerable for the British occupiers. But the alternative was a success. The British effectively controlled Afghan foreign policy for eighty years, bribing and persuading even the formidable Afghan ruler  Abdur Rahman [5] to match their wishes. Today some Afghans regard Abdur Rahman as a traitor, though he was probably their most effective ruler in the last three hundred years.

Thus the British very soon abandoned any idea of imposing a political solution on Afghanistan, still less of trying to rule it in their own image. Their Russian and American successors, however, made the mistake of believing that they had not only the need, but the duty, to re-engineer Afghanistan’s political and social system, to bring the country, as the Russians said, from the fourteenth into the twentieth century.

Both the Soviet and the American invasions began with a stunning military success. The Russians did not go in, as Western propaganda held at the time, to threaten Western oil supplies, to secure a warm water port, or to incorporate Afghanistan into the Soviet Union. On the contrary, they feared that a country which bordered on their vulnerable Southern frontier was falling into chaos under its murderous and dysfunctional Communist leaders, a situation that would be exploited against them by the Americans.