Ivy Stockwell Elementary is loosing 90 years of teaching experience to retirements. Two of three first grade teachers and one of two third grade teachers will be crossing the retirement threshold when the school year ends.

We salute these teachers and the contribution they have made to our community. 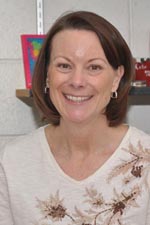 [1]Ivy Stockwell Elementary School in Berthoud is losing three of it most experienced teachers to retirement. Unlike many professions, teachers seem reluctant to leave their classrooms, even after three decades of students.

First Grade teacher Jill King is among those who reflect fondly on their years teaching, 31 years in her case.

At least that is the formal number. King recalls that when she was a girl there seemed to be only three jobs for women, nursing, teaching and being a flight attendant. She began by teaching her younger siblings when she was in the first grade. By high school, she was working with kids in the town recreation department programs and during college at summer camps for youth. “From day one I wanted to major in education,” she said.

She met her husband to be, Mike while working as secretary at Anderson Camp near Glenwood Canyon. Mike got his degree from Oklahoma State University and came to Colorado.

With a laugh, she recalls introducing Mike King to her class as the man she was going to marry. One of her students heard “my king” went home and told her parents, “Miss Phillips is going to marry a King.” 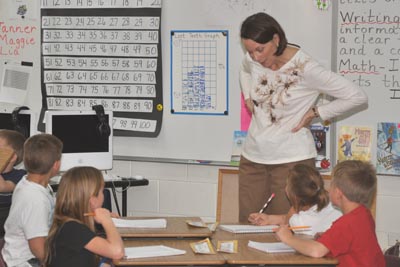 As she recalled other moments, King said that she is now teaching children of former students, “something that can only happen in a little town like Berthoud.” While she has taught 1st, 2nd and 3rd grades, she said she loves the 1st grade. “They are happy kids and they love to learn.”

King says the biggest change has been the technology in the classroom, especially in the last five years. While admitting that technology is not her forte, she said. “I like to think the old dog can learn. Whatever is good for the kids, I am willing to try.”

“The staff at Ivy Stockwell has been like a second family,” she said, “I have been blessed to have a career in Berthoud.”

King is also proud that her two sons and daughter-in-law have also chosen a career in teaching. 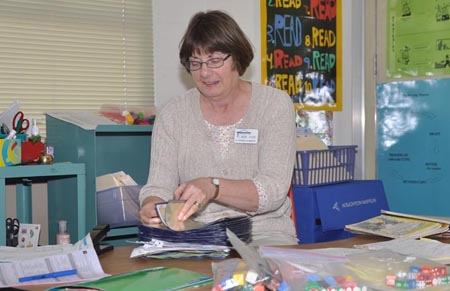 Linda Dyer has spent the last 13 of her 28-year teaching career at Ivy Stockwell, She said she loved this faculty, the students and the parents. “They have been really supportive.”

Dyer grew up in Montrose, Colorado. She wanted to be a teacher because she loved to read and wanted to teach kids to read. After earning her teaching degree from Kansas Wesleyan University, she taught in Ridgeway, Montrose and Lamar before coming to Ivy Stockwell. While teaching in her hometown of Montrose, she had the opportunity to teach for her grade school principal.

She has taught most elementary grades but prefers 1st grade. “First graders grow and show so much progress,” she said. He favorite subject is reading and she thinks that writing is the hardest to teach at this age.

She said she had enjoyed each year of her teaching career and never found it boring. “Each year the kids are different,” she said. “The greatest challenge is trying to make sure each child gets the most out of their education because they are so different from year to year.”

[4]
Judy Sanford helps a student with a problem

Judy Sanford too is a native Coloradoan. She is in her 29th year of teaching, the last 11 at Ivy Stockwell. She followed in the footsteps of her father who was a music teacher in the Boulder public Schools. She and her father even taught one year at the same elementary school.

Sanford grew up in Boulder and began working with kids in the Boulder Parks and Recreation program when she was in the 9th grade, progressing from playground aide to supervisor.

Teaching runs in the family. Sanford said her sister taught in Seattle, Washington and her brother is a principal in Wichita, Kansas.

There is so much about teaching that is neat she said, “Every day is different.” She added, “I have been stretched professionally while in the Thompson School District, I have been able to participate in a variety of positions outside the classroom.”

She describes her colleagues as exceptional teachers and said, “ People who work here work really hard to do the best for the kids. “

Sanford plans to do some traveling and to be curious about life and keep on learning.

Ivy Stockwell Princiapal Rhonda Richer adds, As I reflect on the retirements of these teachers, it is almost 90 total years of experience walking out our doors at the end of the year.  Each of them has contributed many strengths to Ivy Stockwell. They will be missed tremendously!