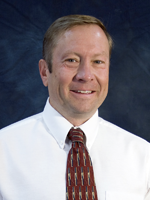 Todd Ball, principal at Bill Reed Middle School since 2002, has been named principal of Loveland High School pending Board of Education approval on May 5. He will begin his new duties in fall 2010. Ball will replace Dr. Fred Dreier, who is retiring from the district. Ball was assistant principal of Bill Reed prior to becoming principal. Before that he taught science at Bill Reed and Thompson Valley High School. He received his BS in biological science from Colorado State University and a Masters in educational leadership from the University of Northern Colorado. Ball has been a board member of the Thompson Education Foundation and coached for Bill Reed, Loveland High and the Loveland Swim Club. The application process for the principal position included a national search resulting in a number of applications from out of district and out of state. A team comprised of community and staff members interviewed eight of the applicants. The team sent three finalist applicants on to a community forum at Loveland High School where they presented to the community and answered community members’ questions.