In case you hadn’t noticed, someone recently loosed a satirist in American politics.  Let me give you an example.  You remember FBI Director James Comey, who gained a certain notoriety by stepping [2] into the limelight 11 days before the recent presidential election via a very publicly dispatched letter to the Congressional leadership.  It focused on an FBI investigation into emails from Hillary Clinton believed to be on a computer that disgraced former Congressman Anthony Weiner shared with his wife and Clinton aide Huma Abedin.  As Comey admitted [3] three days before the election, when it came to that investigation, there was no there there.  This seeming non-event about an investigation of no significance would, in fact, prove historic.  It represented the first intervention by the national security state, that ever more powerful fourth branch [4] of our government, in an American election campaign and might well have played a role [5] in putting Donald Trump in the Oval Office.  (Just last week, the Justice Department’s Office of the Inspector General announced [6] that it would look into the FBI’s investigation of Clinton’s email and, in particular, whether Comey’s late-in-the-day intervention “violated policy or procedure when he sent Congress notification about new evidence his department had discovered.”)

You may by now be wondering where the promised satire is, but be patient.  Comey made his first public appearance since his pre-election dramatics at a recent Senate hearing and was asked whether the FBI might be investigating possible ties between Russian officials and the Trump campaign. In response, he offered this [7]: “I would never comment on investigations — whether we have one or not — in an open forum like this, so I can’t answer one way or another.”

Of course he wouldn’t! As Senator Angus King of Maine responded (in an understated but tickle-your-ribs fashion that would have been quite suitable for Saturday Night Live), “The irony of your making that statement, I cannot avoid.”

Indeed, who could?  In the Trump era, we now clearly live in a world created expressly for SNL.  But instead of belaboring the point, let me turn you over to TomDispatch regular [8] William deBuys so he can outline the series of absurdist events that gave us our new huckster-in-chief, our very own billionaire in the Oval Office in what can only be termed the most improbable election of the 1% era of American politics or perhaps any era at all. Tom 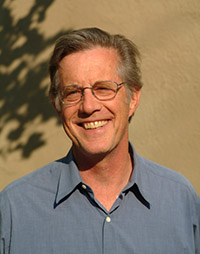 Donald Trump was right. The election was rigged. What Trump got wrong (and, boy, does he get things wrong) is that the rigging worked in his favor. The manipulations took three monumental forms: Russian cyber-sabotage; FBI meddling; and systematic Republican efforts, especially in swing states, to prevent minority citizens from casting votes. The cumulative effect was more than sufficient to shift the outcome in Trump’s favor and put the least qualified major-party candidate in the history of the republic into the White House.

Trumpist internet trolls and Trump himself [10] dismiss such concerns as sour grapes, but for anyone who takes seriously the importance of operating a democracy these assaults on the nation’s core political process constitute threats to the country’s very being. Let’s look at each of these areas of electoral interference in detail.

Suppose one morning you receive an email from your Internet service provider telling you a security breach has put your data at risk. You are instructed to reset your password immediately. In keeping with the urgency of the situation, the email that delivers the warning provides a link to the page where your new password can be entered. Anxiously you do as instructed, hoping you’ve acted soon enough to prevent a disaster.