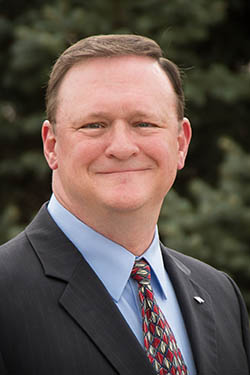 LOVELAND, COLO — In the early hours of the first day of July Loveland’s Ralph Trenary filed a Candidate Affidavit to run as a Democratic candidate for Colorado State Senate District 15. “There’s no reason to delay, now is the time to step forward.” Trenary said of the early re-entry into an elected office contest. Official confirmation from the Secretary of State will be processed within a few days.

With a little over 18 months until the November 6, 2018 Election Day, Trenary says there is much to accomplish. “The citizens, voters, of Senate 15 deserve a State Senator who will take their needs and concerns to the State Capitol, not to use their seat in the Senate to fulfill the wish lists of special interests.” Trenary explains, “There are eight communities – Berthoud, Drake, Estes Park, LaPorte, Loveland, Masonville, Red Feather Lakes and Wellington, and just as many rural subdivisions in Senate15. These people deserve a State Senator who will come to them and represent them well in Denver.”

Senate District 15 is one of a handful in the legislature that will present a true open seat election in 2018. The last Democrat to hold the seat was Loveland Attorney Stan Matsunaka who served from 1 995 to 2003, including two years as President of the Senate.

Trenary previously served four years on the Loveland City Council (2011-2015). He was twice recognized by the Colorado Municipal League with Fundamental and Leadership level awards.

Beginning with his enlistment in the Colorado Army National Guard during high school in 1980 he served in the US Army uniform for over 26 years. He retired as a Lieutenant Colonel in 2006 with over 30 military awards and decorations including the US Air Force Space and Missile Badge, and two awards of the US Army Meritorious Service Medal.

Before his election to the City Council Trenary was a volunteer member of the Loveland Citizens’ Finance Advisory Commission (CFAC) and on the Loveland High School Accountability Advisory Committee. He is currently the Chair of the Board of Directors for the newly recognized IRS 501(c)3 Loveland Art Studio Tour.

Ralph Trenary and Loveland pioneer great-grand-daughter Holly (Hershman) Trenary have been married for 32-years. Holly is a healthcare professional and accredited T’ai Chi Chih instructor. Daughter Caroline Trenary graduated from CSU and now resides in Denver. Son Erik Trenary is a senior at Colorado School of Mines. At graduation in December Erik will be commissioned as an Aviation Officer in the Colorado Army National Guard. Ralph and Holly are currently down-sizing their home to an historic cottage in old downtown Loveland.

Additional information is being shared on Facebook page fb.me.TrenaryColoSenate15. A full website will launch soon with fundraising capability following Secretary of State acceptance of his Candidate Committee.