The Turner Middle School Odyssey of the Mind team missed the Long’s Peak Turnament at Berthoud High School, but managed to qualify for the state level by attending another district’s competition. The team of Nicole Silvers, Charles Walkes, Olivia Conde and Olivia Eppler is coached by Barry Eppler. They chose to do he Nature Trail’r long term problem. This NASA sponsored problem requires a human powered vehicle and a camper along with a trail to traverse. The problem has several characters and most teams have seven or eight team members. It would have been interesting to see how this team managed with only four players. Congratulations to the Turner Middle School Odyssey team. 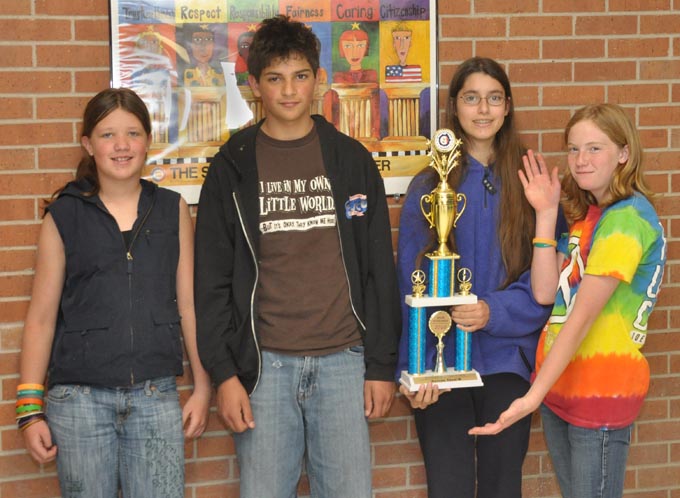 [1]
The Turner Odyssey of the Mind show off their trophy. The Team of Nicole Silvers, Charles Walker, Olivia Conde and Olivia Eppler took third place honors for their performance on the long term problem and spontaneous problem solving.