A story [2] from the Denver Post’s John Frank today that will make your blood boil–at least 65% of you, anyway: 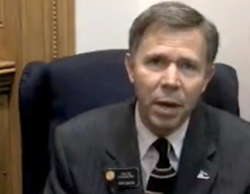 The objection is one of a handful of examples in which Republican lawmakers used their clout to reject spending in the $26.8 billion budget bill that violated their social conservative beliefs.

Democratic Gov. John Hickenlooper’s administration requested permission to spend $44,041 from existing fee collections to meet a requirement in the new law to compile data about the use of life-ending, doctor-prescribed medication…

Sounds reasonable, doesn’t it? Voters overwhelmingly approved Proposition 106 last year, after all–by the highest margin of any initiative that passed in 2016 in fact–a far greater margin than many other ballot initiatives that have passed in Colorado and are now considered uncontroversial settled law. As part of implementing the new law, appropriating a modest amount to cover data about how the law is being used seems like a no-brainer.

Unless you’re a Republican on the Joint Budget Committee of the Colorado General Assembly, that is: