The Reform of Economics is Crucial and Urgent

By J. Moromisato, a Candidate for US Senator 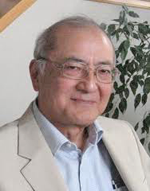 [1]How big a monetary reserve do the Chinese need in order to take over the world financial system? Is it perhaps too late, and they are already on the move? Could the recent world embargo of rare earth minerals be their opening salvo?

The Following is the second of a two-part statement by J. Moromisato.

The Tea Party movement is based on contradictory economic beliefs; for instance, at the core of their belief system is the lowering of taxes, on both, business and personal income, leading to a downsized government; but then, they want ‘stronger military’ and ‘special interest eliminated.’ [http://www.teaparty.org/about.php [2]] A small government with a strong military is a prescription for military dictatorship.

These people have a distorted idea—obtained from economists no doubt—of the interaction between government and the private sector. The reality is that government, in economic terms, is pretty much like a nonprofit organization that produces the public goods needed or demanded by the people. Just like any other business, the government spends money in producing public goods, and must collect at least the money it spends in order to continue serving the people. A budget deficit means that the government has not collected as much money as it spent; to say that the government spends more money than what it collects, is putting the cart before the horse.

When Ben Stein complains that ending the tax cut—he and the other rich people have been enjoying for almost a decade—can only be understood as a punishment, it is only because there are no economists knowledgeable enough to pull him by his ear and tell him something like, “You, know-nothing moron, are not being singled out for punishment; the government just wants you to stop enjoying the extra income you have been receiving, while millions of Americans are struggling to make ends meet on that account.

With their erroneous beliefs, economists have allowed the super-rich to grab control of our country, through their control of the financial system, the electoral system, the media, and big-business.

However, the most ominous threat hanging over our country is the growing trade deficit, also courtesy of our inept economists and our super-rich. We have already sent abroad over $5 trillion; about half of that amount is now in the hands of the Chinese government. No one seems to realize the tremendous power such enormous wealth can confer on whoever possesses it, but just as in the case of a powerful army, its mere possession constitutes an effective use.

The value of the U.S. dollar will not collapse just yet; but we should start asking ourselves the question, how big a monetary reserve do the Chinese need in order to take over the world financial system? Is it perhaps too late, and they are already on the move? Could the recent world embargo of rare earth minerals be their opening salvo?

Regardless of Chinese intentions, we must take action. The Denver Plan proposes an immediate U.S. move to balance its foreign trade, not just with China, but also with the other net-exporters to the U.S. We must begin to reassert control over our own currency before it is too late!

One thing I am sure of is that we’ll never be able to take our country back unless we reform Economics first. Please read the 100-Theses for the Reform of Economics at www.EconomicsReform.com [4]

Born in Lima, Peru, J. Moromisato became an American citizen in 1985. He has a doctorate in high energy physics and worked as teacher and researcher until December 2004. Shortly before retiring, he returned to graduate school to obtain a master’s in economics. A Denver resident, Moromisato is the author of The Origin of Wealth and Poverty (2007), The Coming Age of Freed Money (2010). And The Denver Plan to End Unemployment (Oct 2010).