On Planet Rand, the stock-market boom is a wonderful thing precisely because it rests upon the recent rise in corporate profits. 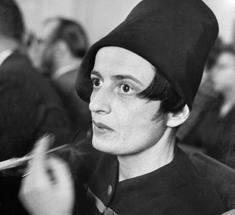 This morning I received an email blast form Amazon. It was pushing The Fountainhead and Atlas Shrugged, the old and new testament of the Ayn Rand nation, which includes much of the Tea Party and its Republican allies.

How appropriate to be promoting Ayn Rand books just as the stock market and corporate profits both reached record highs. How appropriate to think of the infamous John Galt withdrawing from society in comfort while the rest of us face high unemployment, oppressive student loans, increasing healthcare costs, upside-down mortgages, and declining real incomes. But, according to Rand’s philosophy, this is as it should be — the wealthy getting all the rewards while the rest of us get nothing.

None of this is accidental. Our two-tiered economic recovery is the direct result of policies, or the lack thereof, that flow directly from Randian principles. If we don’t do something soon, we’ll all be living on Planet Rand.

Who Owns the Stock Market?

Before exploring this Randian policy coup, let’s be clear on who owns how much stock in America, and therefore who is benefiting most from the record rise in the equity markets.

As of 2010, the top 1 percent of households owned 35 percent of all the stocks in America while the bottom 80 percent of us owned only 8 percent. These percentages include both direct ownership of stock shares and indirect ownership through mutual funds, trusts, and IRAs, Keogh plans, 401(k) plans, and other retirement accounts. (See ” Wealth, Income and Power [3]” by G William Domhoff.) So the current market boom is extremely profitable for the well-to-do, especially the super-rich, which is precisely what an Ayn Rand true-believer would cherish. Why is that?