Have We Ever Gotten to the Bottom of Exactly ‘Why’ Bush and the Neocons Disastrously Invaded Iraq? [2]

The true purpose of the Iraq invasion remains opaque. Here’s a theory why.

A decade after President George W. Bush ordered the unprovoked invasion of Iraq, one of the enduring mysteries has been why. There was the rationale sold to a frightened American people in 2002-2003 – that Saddam Hussein was plotting to attack them with WMDs – but no one in power really believed that.

There have been other more plausible explanations: George Bush the Younger wanted to avenge a perceived slight to George Bush the Elder, while also outdoing his father as a “war president”; Vice President Dick Cheney had his eye on Iraq’s oil wealth; and the Republican Party saw an opportunity to create its “permanent majority” behind a glorious victory in the Middle East.

Though George W. Bush’s defenders vigorously denied being motivated by such crass thinking, those rationales do seem closer to the truth. However, there was another driving force behind the desire to conquer Iraq: the neoconservative belief that the conquest would be a first step toward installing compliant pro-U.S. regimes throughout the Middle East and letting Israel dictate final peace terms to its neighbors.

That rationale has often been dressed up as “democratizing” the Middle East, but the idea was more a form of “neocolonialism,” in which American proconsuls would make sure that a favored leader, like the Iraqi National Congress’ Ahmed Chalabi, would control each country and align the nations’ positions with the interests of the United States and Israel.

Some analysts have traced this idea back to the neocon Project for the New American Century in the late 1990s, which advocated for “regime change” in Iraq. But the idea’s origins go back to the early 1990s and to two seminal events. 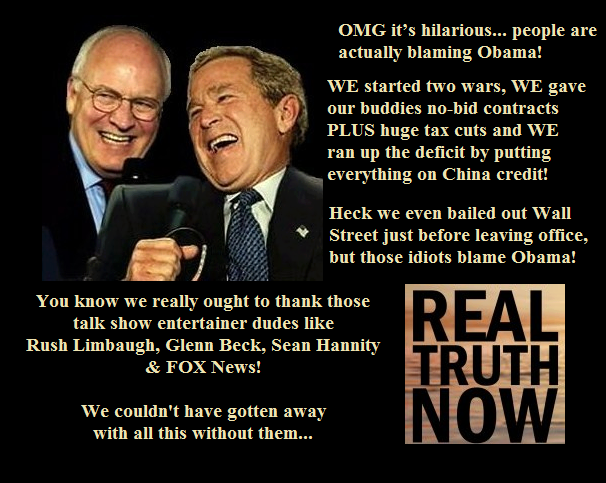 [3]The first game-changing moment came in 1990-91 when President George H.W. Bush showed off the unprecedented advancements in U.S. military technology. Almost from the moment that Iraq’s Saddam Hussein invaded Kuwait in 1990, the Iraqi dictator began signaling his willingness to withdraw after having taught the arrogant al-Sabah ruling family in Kuwait a lesson in power politics.

But the Bush-41 administration wasn’t willing to negotiate a peaceful resolution to the Kuwait invasion. Instead of letting Hussein arrange an orderly withdrawal, Bush-41 began baiting him with insults and blocking any face-saving way for a retreat.

A Marine remembers his time in Iraq [4]

10 Years After the Invasion: America Destroyed Iraq But Our War Crimes Remain Unacknowledged and Unpunished [6]