Christie reveals a dark side of our society — a public enchanted by his tough guy antics and the press who encourages his sadism. 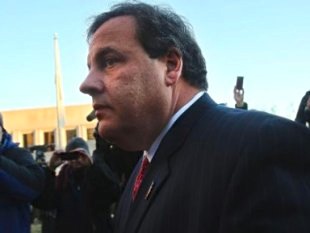 If the media had even a trace of independence, the instant Chris Christie declared like a dainty blossom trampled roughly, “I am not a bully,” the throng of reporters would have screamed, “Liar” in a single voice and hurled their cameras, pens, notepads, recorders, iPhones and shoes at him, burying his political career.

Then they would have exited the farce and switched to the tape for those at home, showing not the highlight reel [3] of bullying moments compiled by his own staff to promote the Governor Smackdown brand [4], but the warm-up at a Jersey town-hall meeting in 2010 where he announced [5] to the audience, with the salivating glee of a hound dog cornering a lame rabbit, that a bullying moment “could happen right here, ladies and gentlemen! … Get ready! If you have your own cameras, start rolling!”

No, Christie would vanish without the browbeating [6] and thuggery [7] that are as indelibly linked to his tenure as the Shore is to Jersey. The real question is not why the press is so sycophantic. It’s why does the public revere a bully as savior? Why do we no longer pine for the knight-in-shining-armor, itself a fairytale version of democracy, but the leather-masked Quasimodo executing justice with cracking bones and spurting blood, or in Christie’s case, cracking insults and spurting bile at those swept up in his spectacle of torment?

It’s because these days Americans have as much familiarity with democracy as they do with homesteading on the frontier. We like to imagine ourselves as pioneering statesmen, hewing a sturdy nation from the simple tools democracy has bequeathed us – messaging, voting, debates, elections, law-making – but we are lost in the wilderness when it comes to discovering the essence of democracy.

Democracy is not the same as the perpetual-motion electoral machine. It’s both a means and end built on dialogue, respect, relationships and reason, and it’s everything Christie pummels into submission. But don’t blame the public for this sorry state of affairs. Our lives are bereft of democracy. Virtually all schools are authoritarian, as are churches. Families teeter between parental authority and youthful insubordination. Few believe consumerism is democratic (but our democracy is consumeristic). Say “workplace democracy” to anyone at the office and blank stares is the best reaction you can hope for.

Few people know how to engage in democratic discussion and dialogue, …

Top 5 Instances of Chris Christie Being a Bully [9] 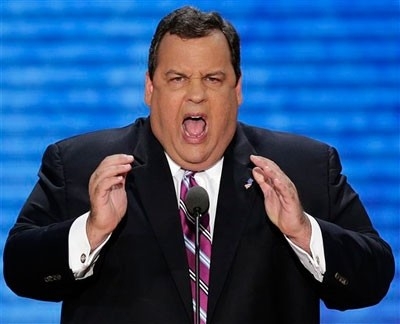 According to a press conference this week, New Jersey Governor Chris Christie has absolutely no idea that members of his staff purposefully jammed the traffic on a local bridge in order to evoke “payback” on a New Jersey mayor that wouldn’t endorse him for his reelection.

If the Republican Governor did know what was going on and authorized it, he’s once more reinforced his image as a major bully. Even as he declares he was misled and lied to, many are finding it hard to believe. “I’m actually rooting that the highest elected official in the state of New Jersey isn’t involved in this, but I will tell you I’m beginning to question my judgment,” said Fort Lee Mayor Mark Sokolich [11], whose city was targeted by the stunt.

Why is it so difficult for people to take Governor Christie at his word? Probably because this wouldn’t have been the first time he’s bullied adversaries. Here are the top five instances of him strong arming the opponent.

Some people love the press. Others love to attack them. Christie did both in May of 2010, when a local liberal columnist asked him why he always had a “confrontational tone.” According to Huffington Post [12], “New Jersey Gov. Chris Christie (R) went on a rant about the need for political disagreement and insisted he was hardly being confrontational. ‘You should really see me when I’m pissed!’ he said. ‘This is who I am, like it or not. And this is who the people elected.’”

It became an infamous image [14] just before the 2013 election: Chris Christie, finger in the air, right in the face of a female teacher asking him a question at a rally. But what was really being said? The teacher explained [13]:

I went to listen to him speak. I stood in the front of the crowd that was standing towards the back. I know he caught sight of me. He stared at me a few times during his speech. I left right as his speech was over to position myself right at the door of the bus. He came out, shaking everyone’s hands as he was getting on the bus. I asked him my question, expecting him to ignore me but he suddenly turned and went off.

I asked him: “Why do you portray our schools as failure factories?“ His reply: “Because they are!“ He said: “I am tired of you people. What do you want?” …