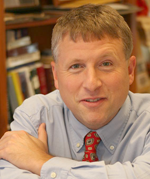 [1]By Dr. Paul Kengor
The Center for Vision & Values

“Yea, though I walk through the valley of the shadow of death, I will fear no evil: for thou art with me. ” (Psalm 23:4)

My family and I drove aside the Mall in Washington, DC, creeping along Independence Avenue in search of a parking spot. We were beyond the Washington Monument, further south near our ultimate destination: the Lincoln Memorial. It was part of an educational field trip to teach our children about the Civil War, and to embrace a teachable moment on how the nation’s Civil War president fought for the basic rights and dignity of every human being, including those that the culture and law of the day considered not fully human.

Finally, we found an open meter next to the Department of the Interior. We put the baby in a stroller and crossed the street. At a fork in the path, I suggested we go left, while my wife said we should head right. We went right—good call.

[2]Before we knew it, we encountered more people heading in the same direction. Suddenly, we descended into a dip in the walkway, and then I noticed it, for the first time, completely caught off guard, truly taken aback: I was staring at the Vietnam War Memorial.

I’m embarrassed to say I had never seen it before. I always wanted to see it. Now, we had happened upon it, and it isn’t the kind of thing you want to happen upon.

The scene was absolutely somber, just as everyone says. It’s the spirit of the place. All those names, cast against the black—all those boys whose lives were cut short in that war in Southeast Asia decades ago.

The mood is remarkably sad for anyone—even those of us with no recollection of a single person on that wall—but it’s devastating for those lonely visitors who have a connection, who have intimate knowledge of someone on that wall; they see a face, and memories, when they see the name. There they are: touching the chiseled name, caressing it, speaking to it, praying for it, crying over it, or placing a piece of paper atop it and rubbing a crayon to bring it home. It’s the only physical remainder left from their loved one, and so they want to be with it and take it back where it belongs.

I glimpsed an old man, kneeling, weeping, as he rested his hand on what must have been his long-deceased son. For a younger dad, like myself, to witness that sheer sense of loss, aside my own young boys, alive and well, not yet of age for military service, is jarring.

We poked along gradually, haltingly, speechlessly, taking in scene upon scene. We were in the valley of death.

Alas, as I neared the end, having lagged behind in a daze, sauntering past the dead, it suddenly dawned on me that I had been clutching the hand of my precious three-year-old, Abigail Joy, the entire time.

“Good Lord, ” I thought to myself, “what have I just done to this child? ” This sweet, innocent girl …. What had I exposed her to? Had I just traumatized this beautiful little girl?

In that flash, I expected to look down and see a sobbing, troubled, confused child, who would need explanations and parental counseling. Instead, I was amazed when she looked up at me, beamed, cocked her head to the side, blushed, and smiled. She was filled with joy over simply being with her dad, holding his hand in a leisurely walk down a path on a pretty day. She hadn’t seen a thing on that dark, grim wall.

Yes, the Psalm fits. It had also once fit for those same boys on that wall, as they crept through the rice paddies and jungles, as gunfire and grenades and landmines surrounded them, and, most poignantly, as they met their own final moments in their own valley. It fits today, too, for their parents, peering at that wall, reminiscing back to when their children were three-year-olds.

All of them: those soldiers, their parents, and passersby who happen upon that wall; they all have a Father to lead them, to be with them, who they can hold on to and look up to, as they enter the valley. Sometimes, it takes the vantage of a child to bring the message home.

Dr. Paul Kengor is professor of political science and executive director of The Center for Vision & Values at Grove City College. His books include “The Judge: William P. Clark, Ronald Reagan’s Top Hand,” “God and Ronald Reagan” and “The Crusader: Ronald Reagan and the Fall of Communism.